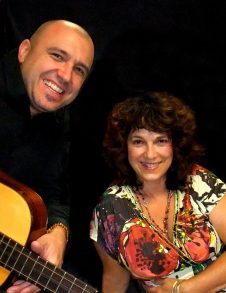 Estrella Acosta presents a night of bolero, trova and son, in an intimate setting that will transport the audience to a club in the Havana of the 1950’s. This was a decade when the city was full of small music venues and great musicians that composed some of the most beautiful, heartfelt romantic songs.

The Cuban bolero, which originated from the trova in eastern Cuba, developed by ways of ‘trovadores’ who roamed the cities singing and playing guitar. Later on the bolero fused with other Cuban rhythms into bolero-son, bolero-cha, and bolero-mambo, and it was also influenced by jazz, which led to the filin-movement, influenced by American ballads with their more complex harmonies. During this concert, they will not only play bolero but also it’s predecessor the trova, and of course they will include the style called son which is at the heart of all dancing music.

Cuban singer Estrella Acosta has been active in the Netherlands as an ambassador of the music of her motherland. Last season she did a theater tour with ‘Mujeres de Luna’, a program dedicated to female Cuban composers. She has also performed in major festivals in The Netherlands and abroad, a.o. North Sea Jazz, Chicago World Music Festival, Sunfest in Canada and Jazz Plaza in Havana, Cuba.

This summer she will be joined by multi-instrumentalist, Carlos Irarragorri, who is visiting from Trinidad, Cuba. Carlos and Estrella have been collaborating since the year 2000 on various projects and recordings. Carlos played with a.o. Celia Cruz, El Canario and Cheo Feliciano. Together with their talented musical cohorts, Carlos and Estrella will bring a choice of the best music of the great Cuban songbook.

Listen to Estrella & Carlos on Soundcloud